In this show, David talks to accomplished actor, singer/songwriter and multi-instrumentalist Erin Clare.

Erin Clare was awarded a full scholarship to attend LASALLE College of the Arts where she graduated in 2013 with a Bachelor of Arts, First Class Honours in Musical Theatre. During her time in Singapore, Erin had leading roles in The Spitfire Grill and Gypsy and toured Southeast Asia and Dubai.

Since returning to Australia, Erin has played the title role in Snow White Winter Family Musical alongside Magda Szubanski at the State Theatre. In 2015 she performed the leading role of Christine in The Phantom of the Opera, and Heather McNamara in the Australian premiere of Heathers the Musical and subsequent tour, presented by Showqueen Productions.

Erin starred in the leading role of Scaramouche in GFO’s production of We Will Rock You to critical acclaim, touring nationally with the production. Erin was given the opportunity to sing the National Anthem at the 2016 Golden Slipper and State of Origin at ANZ Stadium, reaching millions of viewers in Australia and internationally. In 2017 Erin appeared as Marie Lasalle in High Fidelity for Neil Gooding Productions & Highway Run Productions at the Hayes Theatre. The following year, she performed in American Idiot as Alysha for Shake & Stir theatre company, and We Will Rock You as Scaramouche in a subsequent Arena Tour for PeeWee productions.

In early 2019, Erin appeared in BB Arts Entertainment and Two Doors Productions’ sold-out season of American Psycho at the Hayes Theatre, receiving nine Sydney Theatre Awards, and the national tour in 2021. Following this Erin appeared as Alana Bentley in Australia’s best-loved drama, Home and Away. Erin has most recently taken on the role of Gussie in the Hayes Theatre production of Merrily We Roll Along.

Erin performs regularly in Sydney venues alongside working on her own music and collaborating with other established artists, and most recently featured on the song Bullet by MOOG, which shot to top ten positions all around the world, and number one on the Australian iTunes Electronic Charts. 2021 brings an exciting array of performance opportunities for her solo artist project released under Erin.

Erin looks forward to taking the stage in the role of Doralee Rhodes alongside Caroline O’Connor, Marina Prior and Casey Donovan in the 2022 Crossroads Live Australia production of 9 TO 5. 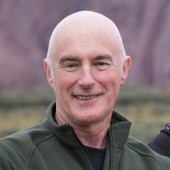 Travis Alabanza’s international breakout hit Burgerz will take the stage at Theatre Works this
February, as part of Midsumma Festival. Helmed by the Green Room Award winning team behind
“The Gospel According to Jesus Queen of Heaven”, this Australasian premiere will be the first

international production to feature a new performer in the lead role; Melbourne’s most exciting up-
and-coming trans artist Kikki Temple.

Funny, confronting, flirtatious and sometimes a bit messy, Burgerz combines confessional
storytelling, live cooking, and audience interaction to recreate a trans person of colour’s lived
experience. Poignantly unpredictable, Burgerz lifts the lid off gender and race politics by asking us to
reflect on our own complicity. To be unregulated is to be dangerous.
In broad daylight in April 2016 at Flinders Street Station, a burger was thrown at Kikki whilst someone
shouted a transphobic slur. Over one hundred people saw, and no one did anything. To understand
this act of violence, Kikki needs to make a burger – with the help of a stranger. Burgerz is the climax
of their obsession —exploring how trans bodies survive in public spaces and how they can reclaim an
act of violence.
“I remember feeling like this was a story I needed to tell. Like the words have been on my lips the whole
time but I just didn’t know how to get them out. When I read what Travis had written, I felt a sense of
relief knowing someone had articulated what I had been trying to say the whole time.” -Kikki Temple
Carving out a place as one of the UK’s prominent trans voices, Alabanza is an award-winning theatre
maker and trans activist who has opened arena shows for Jonathan van Ness and Alok Vaid-Menon.
Burgerz has played internationally in Sao Paulo, Southbank Centre, Bristol Old Vic, Smock Alley
Dublin, HAU Berlin, and Edinburgh Festival Fringe, where it won the Total Theatre award.