In this, The Art Hunter TV episode, David Hunt talks to acclaimed writer/director Ana Kokkinos whose career spans film and TV. She that she began as an industrial lawyer in a big law firm and then threw it all in to become a filmmaker gaining world recognition.

Ana’s first full-length feature Head On was selected for Director’s Fortnight at Cannes. Her other films include The Book of Revelation and Only the Brave. She’s also directed episodes of ‘The Secret Life of Us* and ‘Eugenie Sandler PI’, which won an AFI Award for Best Children’s TV Drama.

Ana is currently a board member of Film Victoria. She teaches directing at the Australian Film, Television and Radio School where she began as an industry mentor in 2007. In 2010 Ana was honoured at the Seattle International Film Festival as an emerging master filmmaker.

Luciano talks to Neil and David about his recent works. 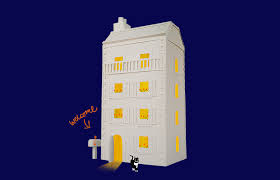