Internationally renowned Melbourne based Australian playwright, screenwriter, novelist, librettist and newspaper columnist, Joanna Murray-Smith, is the featured artist on this weeks episode of The Art Hunter TV. Joanna’s plays have been performed by some of the theatre world biggest names, including Annette Bening, Dianna Rigg, Meryl Streep, David Arquette, plus so many more. And of course the one-woman show “Songs for Nobodies” starring Bernadette Robinson. Her most recent play, Berlin, was staged by the Melbourne Theatre Company in mid-2021.

Her plays have been produced throughout Australia and all over the world, including Honour, which had a public reading with Meryl Streep and was produced on Broadway in 1998, the National Theatre, London, in 2003, and on the West End with Dame Diana Rigg in 2005. Other plays include Three Little Words; L’Appartement; Fury; Songs for Nobodies; Switzerland; Pennsylvania Avenue; True Minds; Day One, A Hotel, Evening; Rockabye; Ninety; Bombshells; Rapture; Nightfall; Redemption; Love Child; Atlanta; Flame and acclaimed adaptations of Hedda Gabler and Scenes from a Marriage, many of which have been translated into other languages. She has been nominated for and won many awards. Her novels include Truce and Judgement Rock, both published by Penguin Australia, and Sunnyside, published by Penguin Australia and Viking in the UK.

Find out more about Joanna: https://www.joannamurray-smith.com/ 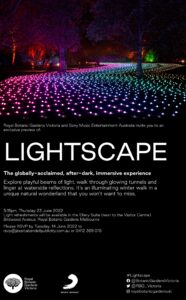