In this episode of The Art Hunter, David Hunt talks to musical director, event director, pianist and composer John Foreman OAM about his rise in the music world and television.

John Foreman OAM is a musical director, event director, pianist and composer, plus is a well-recognised face on Australian television. He’s the man behind many of the biggest events in Australian entertainment.

John wrote The Flame, which was performed by Tina Arena and the Sydney Symphony Orchestra at the Sydney 2000 Olympic Opening Ceremony. John’s compositions have been performed by artists ranging from Vanessa Amorosi to Jose Carreras.

When Oprah Winfrey came to Australia, John was Musical Director for her finalé concert from the steps of the Sydney Opera House.

He’s musical director for Vision Australia’s Carols by Candlelight® (on the National Nine Network), MD for the TV Week Logie Awards and host of the annual School Spectacular (Nine Network).

He was Musical Director for Australian Idol (Ten Network) and Creative Director for the 2013 Asia Pacific Special Olympics Opening Ceremony (broadcast nationally on the GEM Network).

In the Art Hunter David Hunt explores the artist with an in-depth look into their background; where they came from, the type and work they do, their latest work and where they see the future. 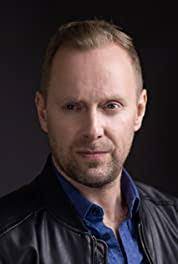